In a recent study published in Nutrients, researchers assessed the risk of colorectal cancer (CRC) with the intake of flavonoids.

In the present study, researchers analyzed the association of flavonoid intake with CRC risk and circulating bacterial DNA. They used data from an Italian case-control study conducted in two hospitals during 2017-19. Subjects aged 20 – 85 years scheduled for colonoscopy were eligible for inclusion.

Excluded individuals were those with immunodeficiency, previous cancer, recent colonoscopy/hospitalization, dietary changes in the past month, liver/heart/kidney failure, or select inflammatory diseases. A hundred incident CRC cases and 200 controls were included. Of the controls, 100 had intestinal adenoma (IA), while the remaining were free from CRC or IA.

Controls were frequency-matched to CRC cases by age, sex, and study center. Blinded interviewers administered questionnaires to obtain educational data, sociodemographic and anthropometric features, and lifestyle habits. A food frequency questionnaire (FFQ), which included 75 items on food, food groups, and typical Italian recipes, and six items on alcohol consumption, was used to obtain data on the regular diet of each patient before the colonoscopy.

Blood samples were obtained before colonoscopy and used for metagenomic analyses. The abundance of 16S rRNA was estimated using quantitative polymerase chain reaction (qPCR). Tertiles of intake of total flavonoids and each class of flavonoids were computed. Logistic regression was used to calculate odds ratios of CRC and 95% confidence intervals using the lowest intake tertile as the reference.

Additionally, the odds ratios of colon and rectal cancers were separately computed. The distributions of 16S rRNA copies, alpha-diversity indices, and relative abundance of operational taxonomic units (OTUs) between subjects in the first two tertiles and the third tertile of flavanone and anthocyanidin intake were compared with a two-tailed Mann-Whitney test.

Most (62%) of the 300 participants were males; the average age was 67 for CRC subjects and 66 for controls. Controls were likely to be more educated with lower alcohol consumption than CRC cases. Total flavonoid intake was not related to the risk of CRC. Nevertheless, there was a significant inverse relationship with the risk of CRC for the intake of flavanones and anthocyanidins.

Likewise, no differences were noted in Observed and Chao alpha-diversity indices according to the tertiles of flavanone and anthocyanidin intake. In contrast, subjects in the highest tertile of anthocyanidin intake had lower Shannon and Inversed Simpson indices than those in the lowest two tertiles.

Participants in the highest tertile of anthocyanidin/flavanone intake had a lower prevalence and relative abundance of OTUs of Flavobacterium and Legionella species than those in the first two tertiles.

The findings suggest that increased dietary flavanones and anthocyanidins decrease the risk of CRC. These flavonoid sub-classes were associated with different compositions of bacteria. Specifically, they were inversely associated with OTUs of Legionella and Flavobacterium species and positively correlated with OTUs of the Brevundimonas genus. Overall, the results corroborate the effect of anthocyanidin intake in preventing CRC and elucidate that flavanones also lower the risk of CRC. 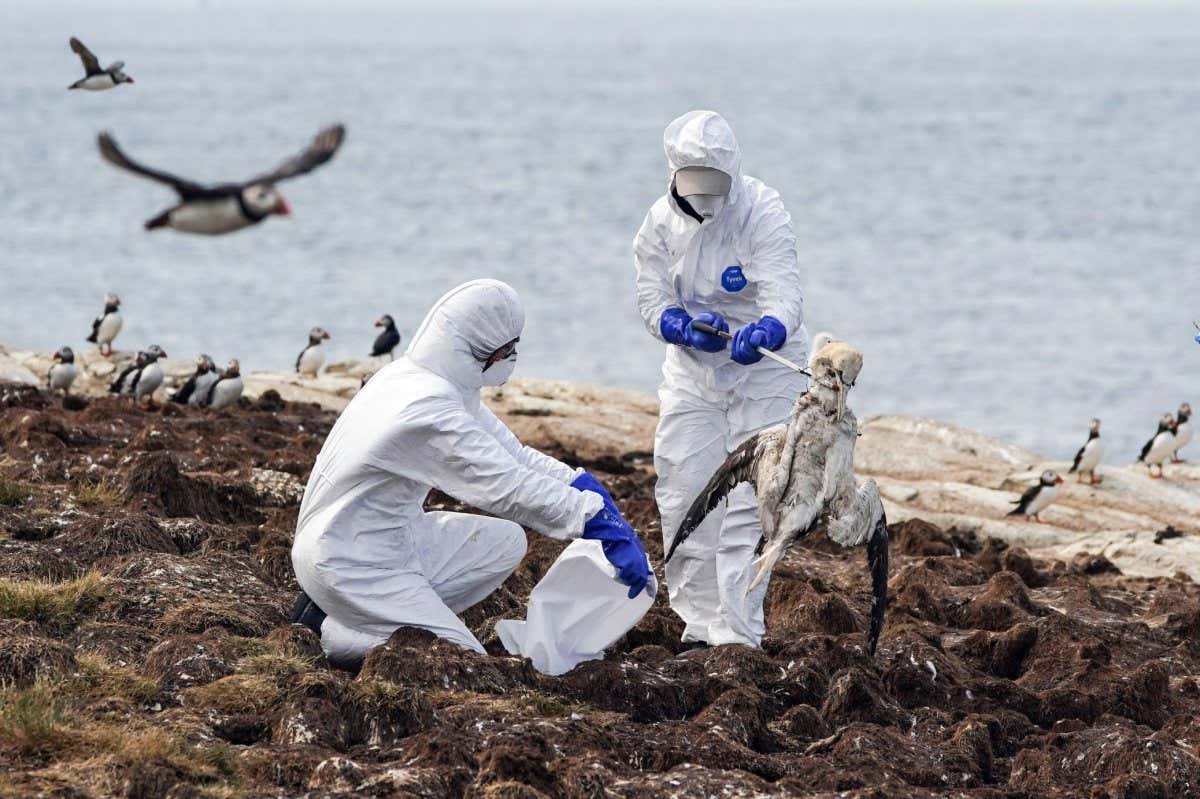 Should we be worried about bird flu spreading to mammals?