Violent activity on the sun last week resulted in stunning views for observers in the northern hemisphere over the weekend.

A coronal mass ejection (CME) released by the sun on Sept. 2 resulted in a G2-class (moderate) geomagnetic storm on its arrival at Earth on Sunday and spilling over into Monday (Sept. 5), according to NOAA (opens in new tab)‘s Space Weather Prediction Center.

Sunday sightings of auroras stretched from New Hampshire to Michigan to Washington in the U.S., highlighted by naked-eye pillars over Yellowstone National Park, according to Spaceweather.com (opens in new tab), with watchers reporting stunning and colorful punctuations of their skies.

The displays are the latest in a string of recent events sparked by intense activity on the sun. Our star is working through its 11-year solar cycle which is predicted to bring peak sunspot activity during the solar maximum expected in 2025.

Related: Extreme solar storms can strike out of the blue. Are we really prepared?

Apart from beautiful aurora displays, geomagnetic storms can also cause radio blackouts and, in extreme cases, like the 1859 Carrington Event, could play havoc with technology on Earth. Power grids but also satellites in orbit are especially vulnerable to effects of severe space weather. In February this year, SpaceX lost a batch of 40 brand new Starlink satellites after launching into a relatively mild solar storm. Other operators reported problems maintaining orbits of low-Earth-orbit satellites due to the increased solar activity.

No radio blackouts, which can range from minor to extreme, were reported by NOAA on Sunday however.

An Aug. 30 CME hit the European Solar Orbiter days ahead of its Sept. 4 Venus flyby, but the spacecraft suffered no negative effects.

There are currently five sunspot regions on the visible disc of the sun, according to the UK’s Met Office, with sunspot AR3089 being the largest and most complex region.

The Met Office predicts solar activity will be low for the coming few days, with a chance of a few moderate flares from AR3089. 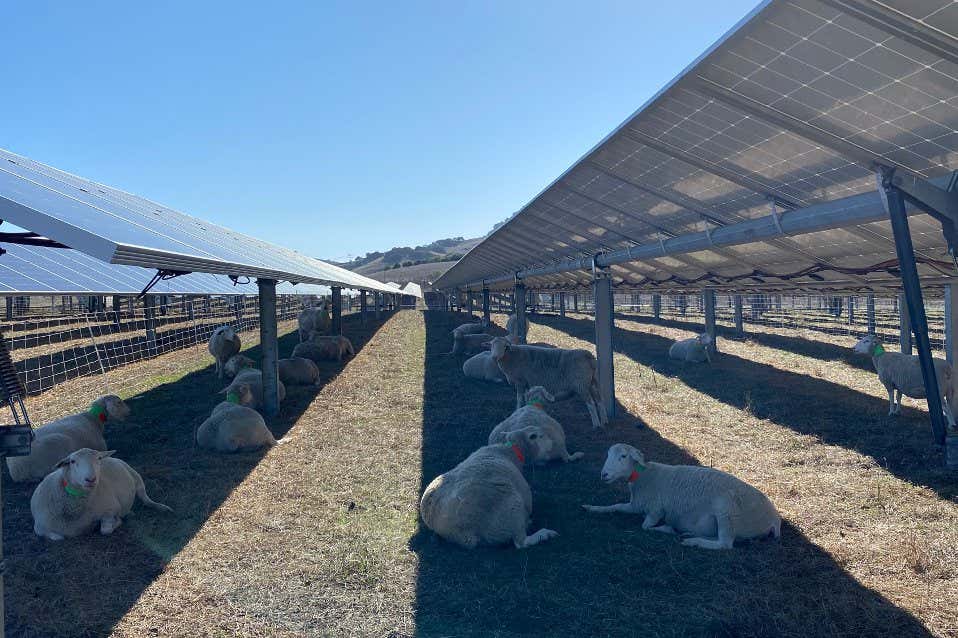 Putting solar panels in grazing fields is good for sheep